Shwejga Mullah (L) of Ethiopia is helped to a waiting ambulance after arriving at Malta International Airport,outside Valletta September 15, 2011. An Ethiopian nanny in the Gaddafi household who suffered horrific burns after she did not stop one of Muammar Gaddafi's grandchildren crying, has arrived in Malta for specialised medical treatment. Shwejga Mullah was recently discovered weak and alone in the home abandoned by Muammar Gaddafi's son Hannibal. She said that Hannibal Gaddafi's wife Aline threw boiling water over her when she did not stop Hannibal Gaddafi's daughter crying and refused to beat the child. The nanny was brought over in a private plane chartered by the Maltese government. REUTERS/Darrin Zammit Lupi (MALTA) 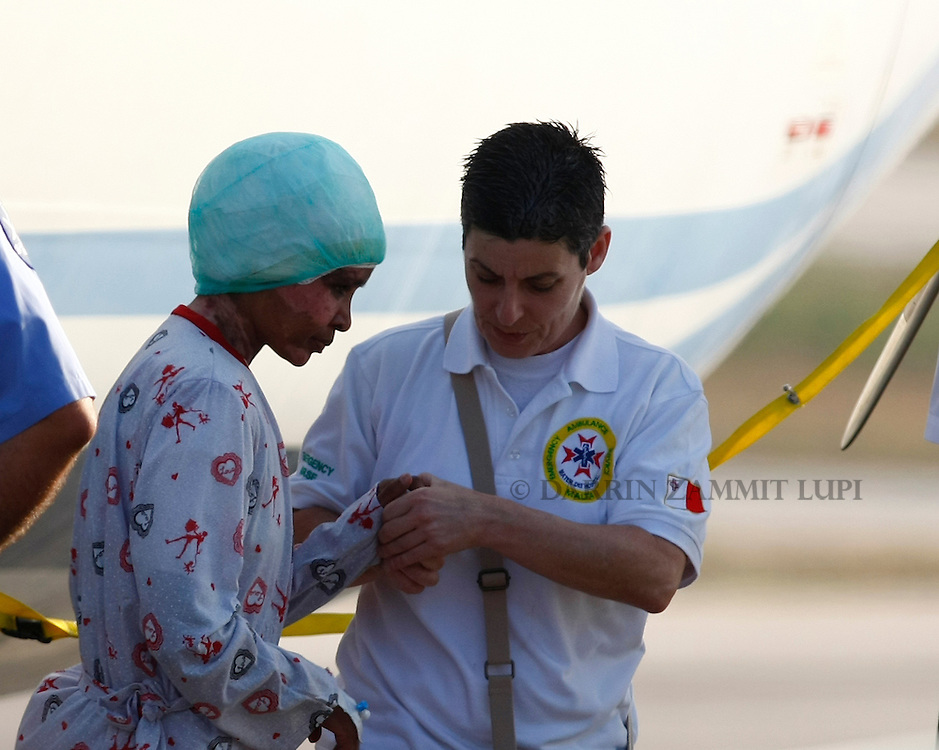