An exhausted Civil Protection officer sits on the rubble and starts removing his gloves after the lifeless bodies of two women, one Maltese and one Russian, were found and taken away, on the site where an apartment block collapsed, leaving a Maltese and a Russian woman dead, in the village of St Paul's Bay in the north of Malta early June 4, 2004. The building collapsed because of excavation works taking place on a site adjacent to it. ..MALTA OUT..REUTERS/Darrin Zammit Lupi 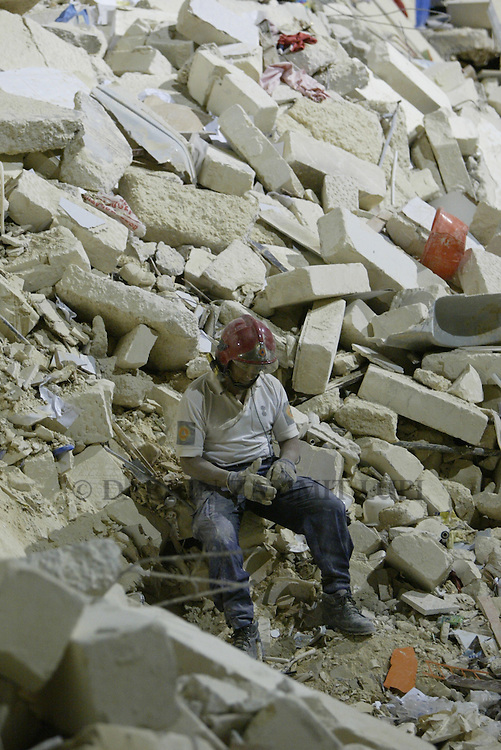