A migrant and a Maltese girl place candles on the shoreline rocks as they take part in a vigil to commemorate migrants who died at sea in Sliema, outside Valletta, April 22, 2015. European Union leaders who decided last year to halt the rescue of migrants trying to cross the Mediterranean will reverse their decision on Thursday at a summit hastily convened after nearly 2,000 people died at sea. Public outrage over the deaths peaked this week after up to 900 migrants died last Sunday when their boat sank on its way to Europe from Libya.
REUTERS/Darrin Zammit Lupi MALTA OUT. NO COMMERCIAL OR EDITORIAL SALES IN MALTA 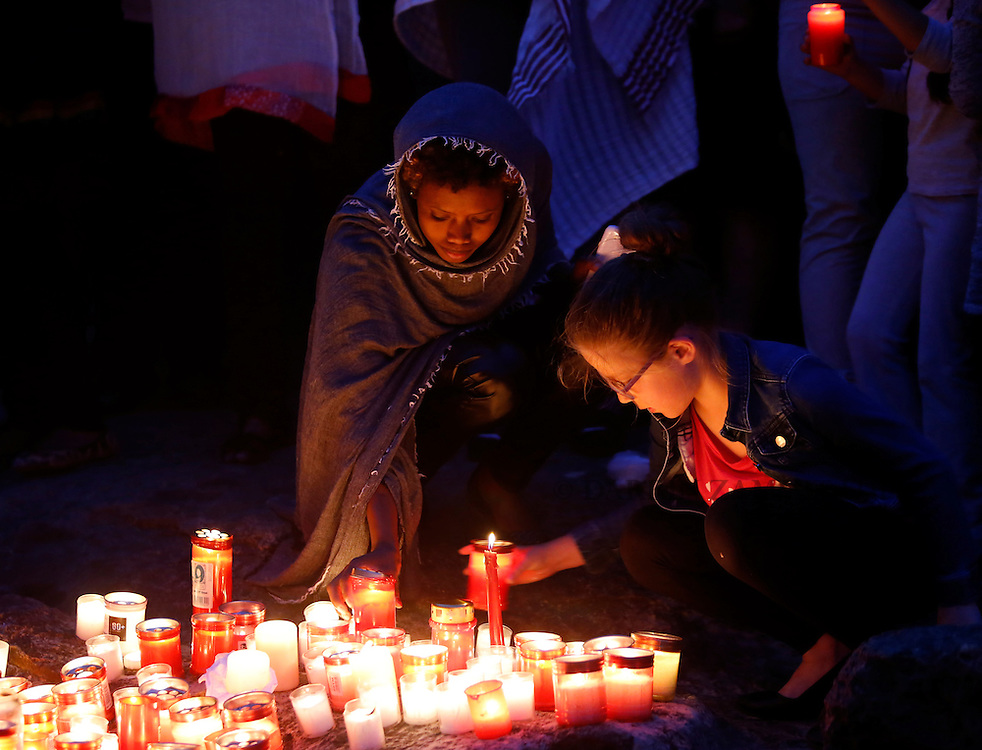