Members of the Non-Combatant Evacuation Operation Coordination Cell (NEOCC) comprising military representatives from the UK, France, Germany, Italy, the Netherlands, Sweden, the USA, Malta, Canada, Australia, Ireland and Hungary work in an office set up at the British High Commission at Ta' Xbiex in Valletta's Marsamxett Harbour March 4, 2011. Over the last eight days they have managed to organise the evacuation of around 4,000 people from Libya. The NEOCC members work together with their respective Foreign and Defence ministries to use both military and civilian assets to get people out of the North African country. Picture taken March 4, 2011..REUTERS/Darrin Zammit Lupi (MALTA) 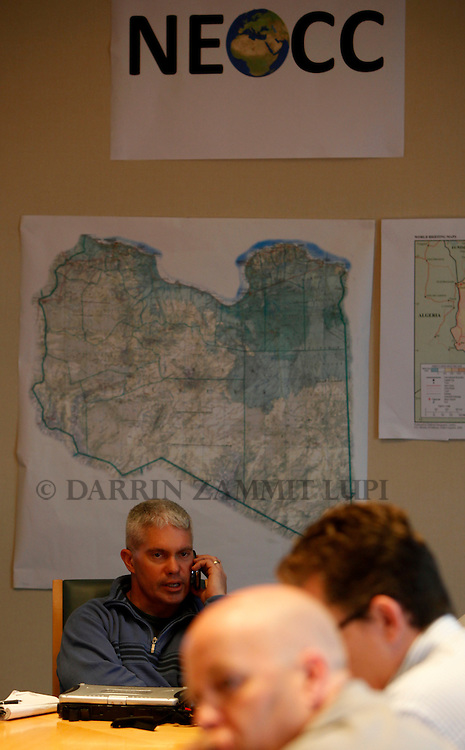