Rescued migrants are transferred to the Norwegian ship Siem Pilot off the coast of Libya August 6, 2015. An estimated 700 migrants on an overloaded wooden boat were rescued 10.5 miles (16 kilometres) off the coast of Libya by the international non-governmental organisations Medecins san Frontiere (MSF) and the Migrant Offshore Aid Station (MOAS) without loss of life on Thursday afternoon, according to MSF and MOAS, a day after more than 200 migrants are feared to have drowned in the latest Mediterranean boat tragedy after rescuers saved over 370 people from a capsized boat thought to be carrying 600.
REUTERS/Darrin Zammit Lupi
MALTA OUT. NO COMMERCIAL OR EDITORIAL SALES IN MALTA 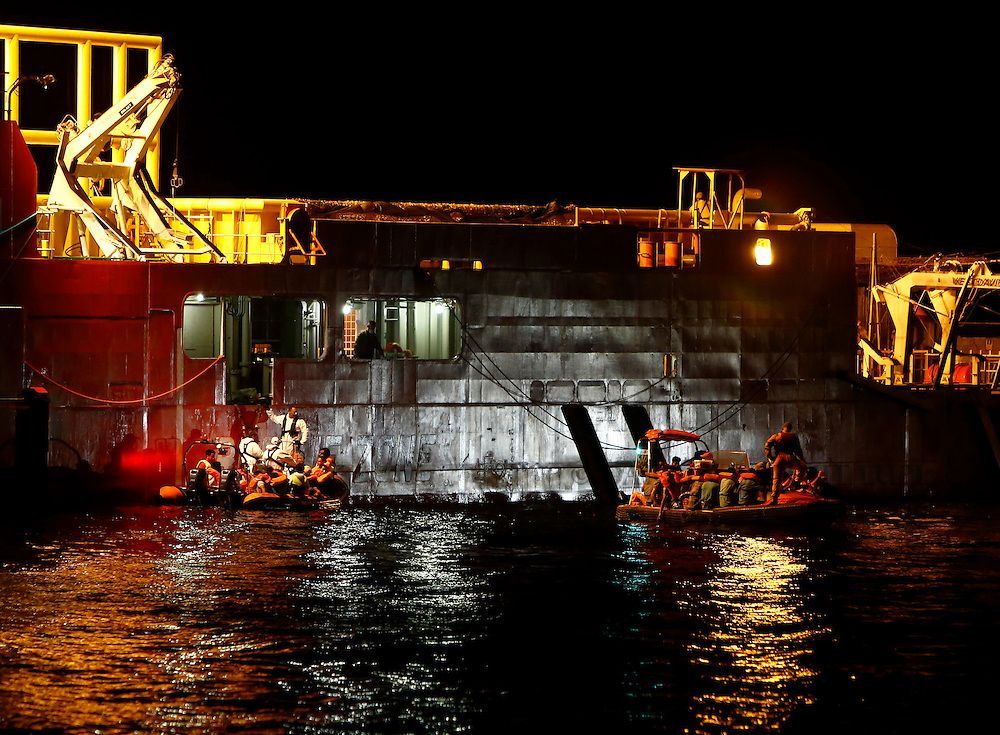